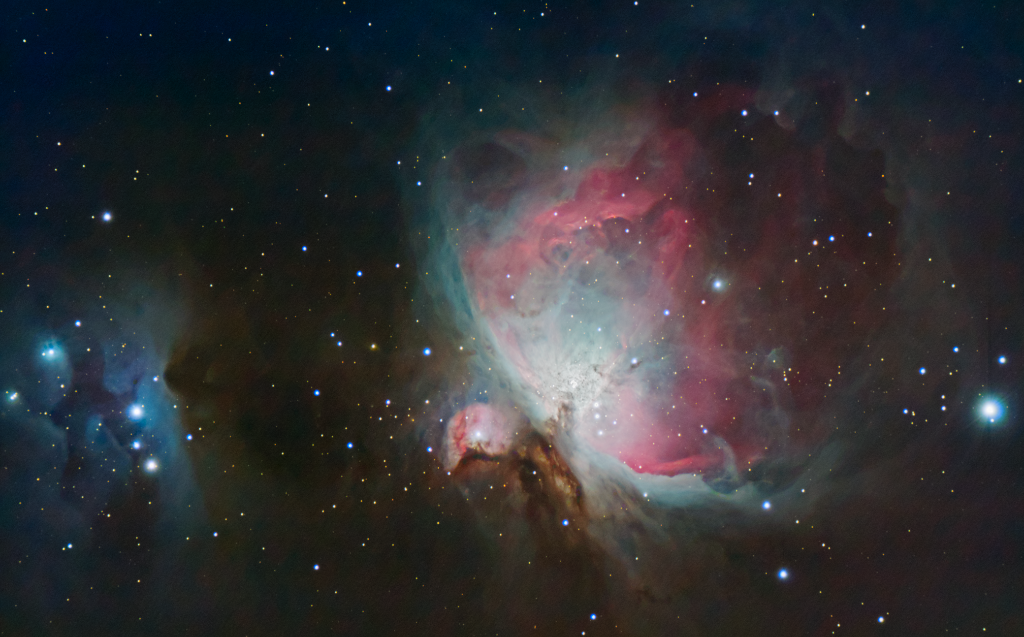 I was really looking forward to this event.  I hadn’t done as much outreach as I like in 2014 due to work and weather.  This was the first event of 2015 and low and behold both work and weather cooperated!  I got to the school quite early (around 4:45) as it usually takes me a while to setup my photographic equipment, which is what I planned to do.  This is generally what I do if I know that there are going to be several scopes on the field.  I can usually plan it out with someone else to show the same object I am targeting photographically so the public can see it from both perspectives.

The school also double booked the Austin Astronomical Society (AAS) and the Williamson County Astronomy Club (WCAC).  I’m not sure if this was intentional or not but I didn’t really expect it to be a problem.

John (WCAC) arrived next and we setup in the basketball court just south of the school.  As we were setting up, Bob (AAS) arrived and shortly after one of the parent volunteers came out to make sure we were ok and checked to see if we needed any help.  There was some uncertainty as to whether the lights on the back of the school would actually get turned off or not but we decided to stay there as it was more accessible for setting up and for the kids coming out of the school.

Next to arrive was Larry (AAS), then Scott (WCAC) and then I kind of lost track as I was busy setting up my own equipment.  I know Ted (WCAC) and his brother Wayne showed up at some point along with Rob (AAS), Rick (WCAC), Phillip (WCAC) and one other AAS member, I think Kim was here name.  All in all we had 11 club members out there and I think 8 scopes and one pair of binoculars on a mount.

I’m not sure how many kids came out but for quite some time there was just a trickle of students and some adults.  And then we had two really big waves where large number of people came out of the school at once.  I always over estimate these things, but I’m going to say 150 people probably came out to look through the scopes.

I was imaging the Orion Nebula and Bob had is refractor setup on it for viewing as well.  This made for some great ooh and ahh moments when the recognized what they just saw visually on the screen.  Then I showed them what it looked like when you stretch the data a bit and see so much more nebulosity in that area.

Depending on how interested a group was, I would talk about Orion as a star forming region, it’s distance from us, how to spot it in the sky.  This led to some good questions from some very interested kids that got into stellar life cycles, star formation and light speed.  As usual a lot of the kids this age are more interested in the laser pointers we use to point things out in the sky than the actual stuff they can see, but there were certainly a lot of kids and parents that were excited about the astronomy itself.

The parents tend to ask questions like, how much did that setup cost and is that picture really coming from your telescope right now?  What software are you using?  Does that thing track the sky?  I thought that it was interesting that the parent’s questions were more focused on the equipment.  Maybe they already knew some of what we were looking at and were less impressed with the astronomy than the equipment but it made for some interesting discussions either way.

I’m not entirely sure what everyone else was showing.  I know John had his scope on comet C/2014 Q2 Lovejoy for a while and was attempting to piggy back his DSLR on it to capture some images of it as well and I think Scott pointed his scope at Jupiter once it was above the horizon enough to see.  By the time the kids came out Venus and Mercury had already set.

I realized that as the night went on I was getting some decent data on M42 and decided that I wanted to try and make the most of it, which meant taking calibration frames.  The only problem was that my flat field device was broken preventing me from taking flats.  Since I didn’t do sky flats before I started I was kind of stuck.  Luckily as others were breaking down I had a great idea.  I saw Larry standing, talking to Rob and he had the AAS information table next to it.  It was white and fairly even, so I asked if I could borrow it which he agreed to.  I propped it up at an angle and pointed the scope directly at the surface and then took my roadside light and 12V power source and pointed it at the table.  I put a piece of paper in front of the light to diffuse it some.  It seems to have worked remarkably well.

Most everyone had packed up and left by the time I was just starting to break down.  John stuck around to help me (despite the hole in his hand) and we had everything packed up by 9:30.  It was a great evening of outreach and hopefully the school, kids and parents got a lot out of it.

Here’s the final picture of the Sword of Orion from the data I collected during the event: 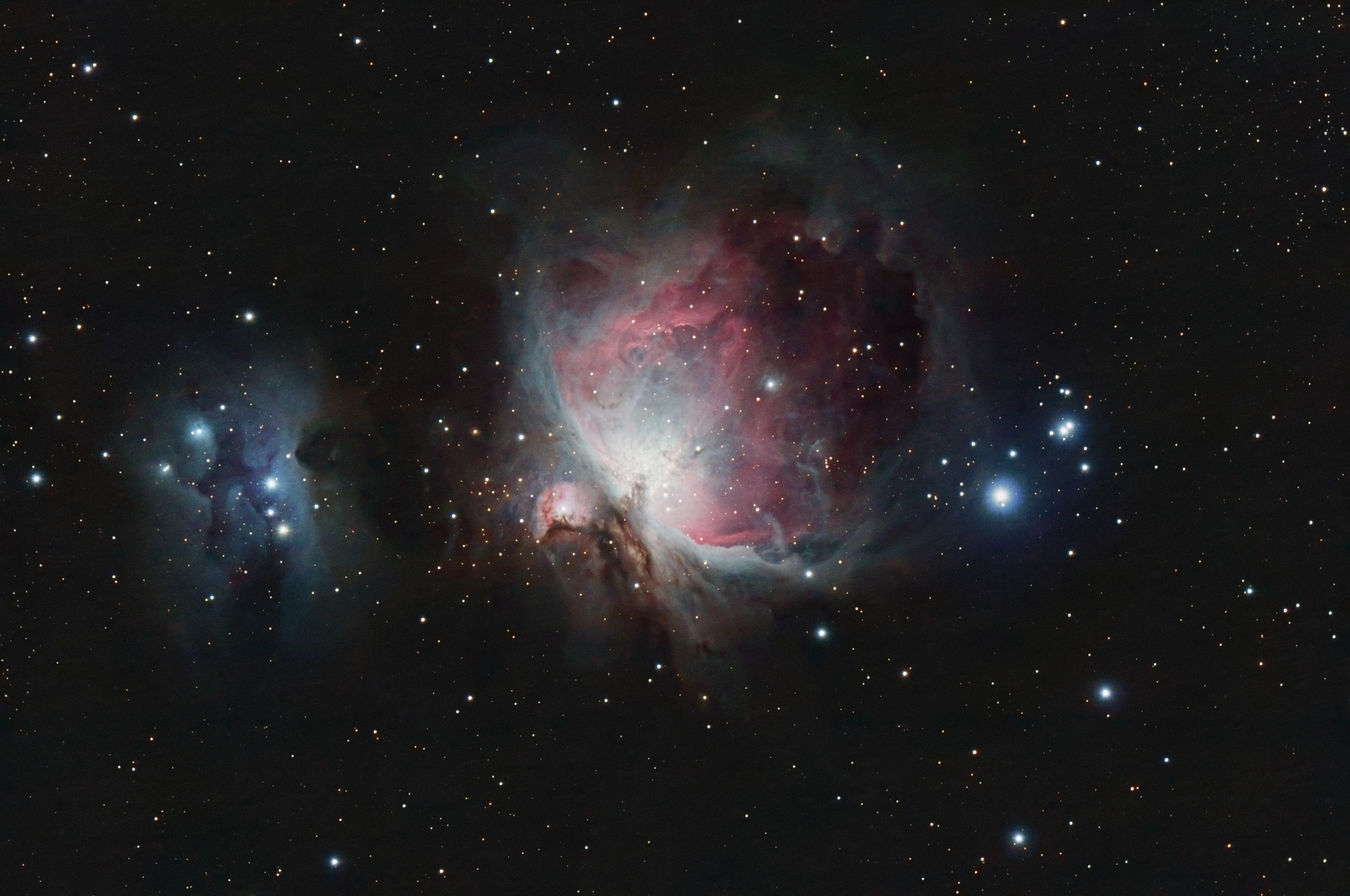